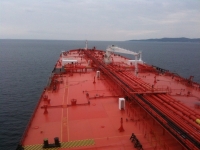 Transas says it is to upgrade the dual ECDIS on Arcadia Shipmanagement’s fleet so it can shift to paperless navigation.

Arcadia, an Athens-based company, operates 14 oil tankers, and will work with Transas Hellas to deploy official charts (from Transas Admiralty Data Service), navigation tools and a chart handling system so as to exceed the latest carriage requirement.

Arcadia’s first vessel, Aegean Dignity, will shift to paperless navigation by the end of February, says Transas. The companies have then scheduled to proceed to install the systems on one vessel per month.

At the same time, Arcadia’s training centre, which is accredited by Det Norske Veritas (DNV), will be upgraded to comply with the 2010 Manila amendments to the STCW (Standards of Training, Certification and Watchkeeping for Seafarers) convention.