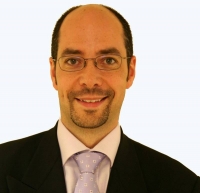 Formed in 2006 following the merger of Simrad Yachting and Lowrance Electronics, marine technology provider Navico has historically focused on the recreational marine sector, as the parent company of the Simrad, Lowrance and B&G brands. While it has had some presence in commercial maritime, the consumer market has up until now been its primary market.

{mprestriction ids="2"}Last year, however, Navico acquired Italian radar manufacturer Consilium and Norwegian electronics provider Maris, in a move that significantly enhances the company’s reach in the commercial sector. Digital Ship spoke to Navico’s deputy CEO, Marc Jourlait, about the strategy behind the acquisitions, Navico’s recreational maritime heritage, and the company’s plans for the commercial space.

“I guess there are no secrets to our intent,” he tells us. “Navico has driven a consolidation - and we think a healthier recreational industry - by innovating at a much faster pace. On average we come out with a new product every 20 days, which is unlike anybody else in the marine electronics industry.”

“(Commercial maritime) is an even more fragmented market, has almost two dozen different players that are very niche in their own respect, and when you look at what’s publicly available, very few people are making money.”

“It’s not a very healthy environment and ultimately consumers, i.e. the commercial marine industry, suffer from maybe a lack of innovation and a lack of investment, and we think just as we’ve done in the recreational space, we can do similar things in the commercial space.”