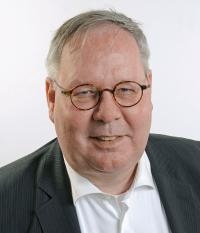 Pon Holdings and Parcom Capital have reached an agreement to acquire the entire business of Imtech Marine, owner of the Radio Holland brand, from Dutch engineering firm Royal Imtech, which has been declared bankrupt by the Rotterdam District Court.

{mprestriction ids="1,2"}The details of the takeover are currently being worked out, the company said. The Imtech Marine division was set outside of the group prior to the bankruptcy and put under the control of Imtech's financiers with a view to completing a sale.

This acquisition by Pon Holdings and Parcom Capital aims to maintain continuity in the Imtech Marine business, to create stability amongst employees, customers and suppliers.

“We are extremely happy with Pon Holdings and Parcom Capital as the new ‘owners’ of Imtech Marine. Both are highly professional companies, with extensive experience in the maritime industry, it couldn’t have been a better scenario for us,” said René ten Brinke, director global services at Imtech Marine.

“This new ownership aligns perfectly with the positive developments that have already been set in motion within Imtech Marine and will also further strengthen and accelerate growth of our business.”

Imtech Marine employs nearly 2,500 staff at almost 100 offices in 30 countries, focused on shipbuilding centres and along shipping routes. After the takeover, Imtech Marine will continue to operate independently, the company said.{/mprestriction}