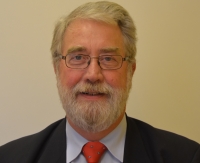 ‘We see no compelling reason why some hydrographic authorities have yet to license charts for PAYS use’ – Tor Svanes, NAVTOR

NAVTOR has revealed that take up of Pay As You Sail (PAYS) ENC licensing among its customers has now surpassed 80 per cent of all subscribers, with the option having first been introduced by the company in 2012.

{mprestriction ids="1,2"}As a result the Norwegian chart supplier is calling on hydrographic authorities that are yet to allow PAYS licensing for ENCs in their national waters to move on the issue and refrain from lagging behind industry demand.

“Shipowners and operators are increasingly migrating to PAYS. It’s a flexible, user-friendly and very cost effective way to navigate, with simple ordering and management of the ENCs that vessels and global fleets actually use,” said NAVTOR CEO Tor Svanes.

“Furthermore, it’s transparent – with users and managers seeing exactly what they are paying for – and the fact that all charts (including licences and permits) are instantly available, and easy to update, online means no lengthy pre-ordering process, or unnecessary wastage associated with unused charts.”

“In a tight market, it’s yet another way to keep track of operational expenditure and cut down on paperwork and man-hours.”

Unlike traditional ENC subscription models, which are based on set areas and time scales, PAYS only levies charges for the charts navigators actually use during voyages, while allowing them to access any chart for planning.

While this distribution method is now widely used across the industry, Mr Svanes notes that it has yet to be approved by key bodies controlling some of the world’s busiest shipping lanes.

“We see no compelling reason why some hydrographic authorities have yet to license charts for PAYS use. It’s good to see that Indonesia has recently moved to accept the model, but there remain a number of principle players that we think should re-address their stance to serve the market they serve, control and support. We, and the industry, would like to see this change in the very near future,” he said.{/mprestriction}