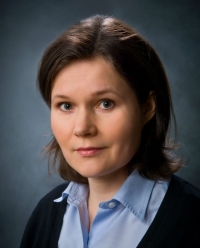 {mprestriction ids="1,2"}A series of vessel trials in Finnish waters at the turn of the year highlighted significant progress from some of the industry’s leading ship technology companies in converting abstract ideas on autonomous shipping into commercial reality.

Though very public, events on the water involved proprietorial technologies, with Wärtsilä, ABB and Rolls-Royce demonstrating remote ship control and autonomous operations without any human intervention at all. Each offered alternatives in positioning solutions for navigation and sensor-based technologies for manoeuvring at close quarters.

While manufacturer-specific, the ground-breaking trials uniformly involved members of One Sea, the ‘Ecosystem for Autonomous Marine Transport’ aiming to help realise the true efficiency, safety and sustainability gains available to the connected and digitalised maritime traffic.

One Sea is backed by the Finnish Funding Agency for Innovation, Business Finland, which funded earlier Advanced Autonomous Waterborne Applications (AAWA) research, and has funded pre-competitive maritime research within DIMECC programs since 2008. However, consortium activities have repercussions far beyond national borders. Finnish legislators have authorised the DIMECC-managed Jaakonmeri Test Area off Finland’s west coast as the world’s first zone open for all to test autonomous maritime traffic, vessels, or related technologies.

As part of the joined-up thinking, the Finnish Act on Ships’ Crews and the Safety Management of Ships allows minimum manning and watch-keeping exemptions for testing purposes.

Two significant hurdles must be crossed  if the true potential for autonomous ship technology are to be realised on a global level, according to Päivi Haikkola, DIMECC Ecosystem Lead for One Sea. Both concern standardisation, suggesting that any champion of the autonomous ship must count commercial neutrality among its attributes, she says.

“The One Sea ecosystem envisages autonomous maritime transport by 2025, and there is strong momentum for greater connectivity ship to shore and digitalisation; but no single organisation can reap the full benefits. It is in everybody’s interest that different systems can talk to each other and that ship owners are free to choose their technology providers, for example. We believe that both can be achieved by standardising interfaces; this is something that needs the buy-in of the companies providing the products.”

Standardisation for the maritime industry so that autonomous ships can cross international waters also demands a regulatory framework to support buy-in from owners, and this can only be enabled through the International Maritime Organization, adds Haikkola.

Finland’s IMO delegation has sought to crystallise thinking at shipping’s global regulator, suggesting areas for focus back in 2015, before coordinating a number of flag states in a joint paper on vessel autonomy for the June 2017 Maritime Safety Committee (MSC).

“Getting the international regulations in place is crucial for the business case, so we are very much following the process at IMO and also participating through the flag states. We are delighted to see that IMO has taken steps to tackle this matter as fast as possible and we expect to hear output from the current scoping exercise at MSC 101. From One Sea’s perspective, we feel that there is a need to keep IMO fully informed on technologies and advances in a fast-changing sector.”

Crafting maritime rules while technology is still developing fast has proved a challenge for shipping in the recent past, which is why Haikkola emphasises time and again the need to keep channels open between regulators and technologists.

“I have been impressed by the efforts of the flag states and class societies in developing their thinking on autonomous shipping, but it’s also true that the impetus for change is coming from actual pilot projects involving suppliers and ship owners,” she says. “Autonomous shipping demands new skill sets from everyone, including regulators and those working in approval.”

Drawing on its unparalleled experience to date, One Sea seeks to facilitate an industry alliance to drive autonomous shipping through international cooperation, rather than create a talking shop hampered by competing agendas and commercial sensitivities. “The ecosystem is open to all industry partners, and organisations from across the marine domain will play vital roles and bring different competencies,” says Haikkola.

A recent World Maritime University study suggested that, by 2040, autonomous ships will account for 11-17% of global shipping but that traffic growth over the period would actually create more jobs for seafarers. However, WMU said roles at sea would change, with crews taking a more supporting role while some tasks done today at sea would transfer.

One Sea has recently initiated a new research program covering remote vessel piloting at sea. Finnish legislators are set to bring into force a framework during 2019 that will allow remote vessel navigation and control to take place within designated sea areas subject to public license.

“We believe that autonomous shipping will improve the working conditions of seafarers,” says Haikkola. “Some of the work done will be moved from ship to shore and there will probably also be more possibilities to specialise in specific areas on the ship; and, as in all other areas today, there will be a need for improved IT skills.”

At this stage, it is hard to say what the future will look like, Haikkola says, at a time when different technologies are being applied. However, she adds: “There are definitely some sectors that are more likely to be early adapters, but it all depends on the business cases. Short sea shipping, supply vessels and road ferry type applications are most likely, but we have also seen an interest in ship types such as tugs. Passenger vessels in general (apart from the road ferries) are likely to be only interested in parts of these technologies – such as situational awareness aids.”

Things are already moving sufficiently quickly to anticipate orders for autonomous or remote controlled vessels from One Sea partner companies as the “next step”, Haikkola says. “These could be either retrofits to existing vessels or newbuildings.”