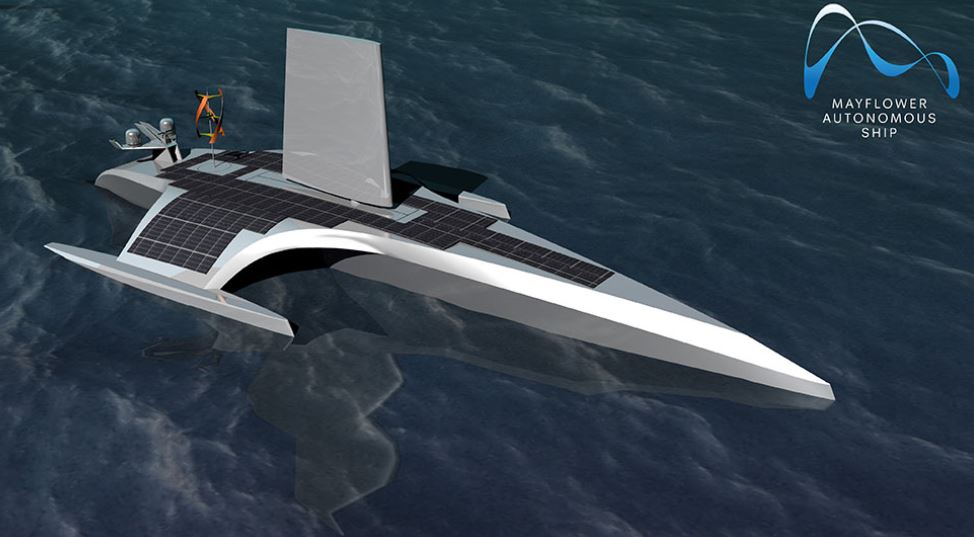 CGI visualisation of the Mayflower Autonomous Ship at sea, with the wingsail and the solar panels propelling the ship visible. Image courtesy of IBM.

Provider of Satellite AIS data services, exactEarth, has joined an international effort to build an unmanned, fully autonomous transatlantic research vessel that is set to launch on the fourth centenary of the original Mayflower voyage. exactEarth joins an illustrious international project team led by ProMare and its technology partner, IBM.

{mprestriction ids="1,2"} The Mayflower Autonomous Ship (MAS) mission will not only commemorate the original Mayflower crossing, but also advance technologies that could transform the shipping industry and help gather critical data about the ocean.

exactEarth will contribute two of its services to the MAS project:

The exactAIS data service provides flexible access to all the AIS messages captured by exactView RT, the company’s second-generation satellite constellation. exactView RT consists of 58 operational payloads and seven orbital spares that were designed and built by L3Harris Corporation and that are hosted onboard the Iridium NEXT constellation of satellites, which is owned and operated by Iridium Communications. exactView RT tracks a population of more than 500,000 unique vessels worldwide and generates Average Global Revisit rates and Average Latency rates of less than one minute.

“We are pleased to be a part of a prestigious group that is collaborating on ways to leverage advances in technology to enhance both the future of global shipping as well as our environmental relationship with the world’s oceans,” said Peter Dorcas, vice president, business development at exactEarth. “This is a unique opportunity for us to trial exactSeNS as part of an initiative that, if successful, could lead to the greater adoption of autonomous shipping as well as demonstrating how the service could create new opportunities for exactEarth in the broader maritime information market.”{/mprestriction}