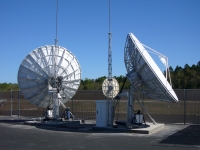 NSSLGlobal and Telemar Scandinavia say they have become the first satellite providers to announce the introduction of ACM (Adaptive Coding and Modulation) combined with the new DVB-RCS2 standard across their VSAT network.

Switchover to the new standard for all of the companies’ hubs and customers, which will be done in conjunction with technology partner STM, will take place by the end of March.

The companies say that the ACM in DVB-S2 carriers alongside the new ACM capabilities in the DVB-RCS2 standard (RCS2) for TDMA carriers should improve two-way satellite link efficiencies and increase throughput potential by up to 250 per cent.

The move should also provide up to 2dB more gain on the service, allowing extended coverage and link availability in what were previously ‘edge of beam’ areas.

NSSLGlobal explains that ACM is used to counters the problem of Rain Fade, the degradation of signal integrity in poor weather conditions, by allowing for dedicated management of each individual VSAT unit within a spot-beam.

The technology allows the signal sent to each unit to be optimised specifically for the location and interference levels of that individual unit, in comparison to the previous configuration where the signal sent through from the network hub was either fixed, or compensating for the worst conditions any of the individual units suffered.

NSSLGlobal says that, with dedicated signal management provided by ACM, the network hub can regulate each VSAT individually, ensuring that every unit receives the optimum signal quality for its specific location and conditions.

The company claims that this modification will yield improvements of 40 per cent to 100 per cent in bandwidth efficiency to units affected by Rain Fade, as well as providing an increased coverage area and “graceful service degradation” during poor conditions.

“At NSSLGlobal we take pride in being world leaders in DVB technology,” said Sally-Anne Ray, COO at NSSLGlobal. “The introduction of RCS2 alongside the recent implementation of Adaptive Coding Modulation is a significant step forward for our network and a quantum leap ahead of our competitors.”