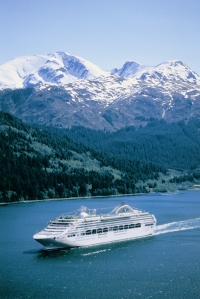 MTN Communications today announced that Carnival Corporation has signed a new agreement for the provision of internet services to the guests and crew of its cruise ships, as well as extending the TV agreement for half of its fleet.

The internet deal continues a partnership of more than 20 years and covers several Carnival brands including Princess Cruises, Cunard and P&O Cruises (UK).

The cruise company has also extended its existing agreement for MTN broadcast television services, MTN Worldwide TV, which provides news and entertainment to 50 of its ships across the globe. Together, the Carnival brands operate 101 ships, with eight new ships scheduled to be delivered between spring 2014 and autumn 2016.

MTN says that Carnival ships in Alaskan waters will continue to leverage its Terrestrial Broadband Services while in port, a service that could be expanded in the future.

Chris Leber, executive vice president, Commercial Business Development at MTN, said: “Our continued partnership providing MTN value-added services further illustrates how we have evolved to deliver communications-related services to the Carnival family of brands and to help improve the communications experience at sea, including content and internet options for passengers and crew.”

“This continued partnership with MTN allows us to deliver the industry’s best set of technology and content to our guests and crew,” added Josh Leibowitz, executive vice president, Group Strategy and Corporate Operations at Carnival Corporation.