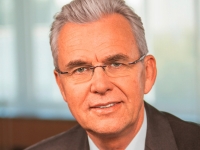 In a surprise move, Airbus Defence and Space has announced that it plans to sell off its commercial satellite communications business, including its maritime satcom business and direct sales subsidiary Marlink.

In a statement released today, the company said that: “After a detailed and comprehensive portfolio assessment, Airbus Defence and Space has defined Space (Launchers & Satellites), Military Aircraft, Missiles and related Systems and Services as its future core businesses. These are the areas in which the Division will further invest to strengthen its leading position.”

“Some business areas are identified as divestment candidates as they do not fit the strategic goals and for which the company sees possibilities to increase their development potential in different set-ups.”

This decision has been taken as a result of Airbus Defence and Space’s Group‎ Strategy Review in 2013, and the company believes business areas such as commercial satellite communications services “will have better chances for growth and market success in different ownership structures.”

“Given the tight budgetary situation in our home countries and increasing competition on global markets, the portfolio review is an essential element to further develop our defence and space business and to ensure its competitiveness,” said Bernhard Gerwert, CEO of Airbus Defence and Space.

“We have identified those segments where this is an achievable target and those where we should explore alternative options. In short, the portfolio review is a logical next step in the overall transformation process.”

Mr Gerwert added that discussions with the company’s employees on the implications of the move would be conducted “in a fair and open way.”

The Airbus Group acquired satellite communications provider Vizada in 2011 at a cost of almost $1 billion, adding the business to its Astrium division, which was subsequently renamed as Airbus Defence and Space.

Vizada itself was created through a merger of the France Telecom Mobile Satellite Communications and Telenor Satellite Services (including Marlink), after those two businesses were acquired by Apax Partners in 2007.

Airbus Defence and Space’s announcement of this intention to sell has not included any indication of potential buyers. On the maritime communications side the company is one of the main players in providing satellite services to shipping, being the largest provider of Inmarsat services (outside of Inmarsat itself) and also holding a significant share of the VSAT market.

In that regard the business would likely be of interest to Inmarsat, though the price tag and the potential competition questions that such a move would create may work against any move by those at City Road.

A move back under the wing of a private equity company is also feasible, returning to the Vizada-style model under which the satcoms business operated prior to the Airbus acquisition.

Whatever the outcome, and whoever the new owner may be, at the very least we can expect yet another shake-up in the maritime satcoms market landscape.