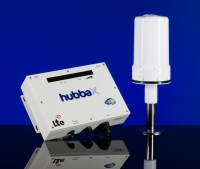 Buzz Marine will supply 9 of its HubbaX4 Go marine broadband devices to the Fred. Olsen fleet of high speed catamarans that operate between the Canary Islands.

The HubbaX4 Go system has a multi-directional MIMO antenna to provide connection via 4G, 3G or 2G networks. Buzz Marine claims download speeds can reach up to 80 mbps, and 32 mobile devices can connect to each unit simultaneously.

“This is a significant installation for us as these vessels operate an important high speed link between the islands, some of which are up to 100 minutes passage time traveling at up to 38 knots,” said Steve Smith, managing director of Buzz Marine.

“Initial results have shown the HubbaX4 Go to be highly effective in this environment so we are delighted that the flag ship of the fleet, the “Benchijigua Express”, will also now carry our HubbaX4 Go.”

Buzz Marine says it has also developed the HubbaX4 Duo, which operates using a hybrid of VSAT and GSM networks, automatically switching between the two when in range of cheaper, terrestrial communications. The device also has a dual-SIM facility for vessels operating across international borders and multiple mobile operators.