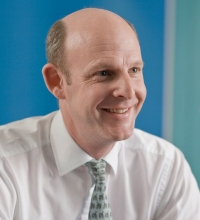 Inmarsat has announced its full year results for 2014, reporting maritime revenues of $595.6 million for the year, representing an underlying growth of 3.2 per cent.

The $45.2 million acquisition of Globe Wireless, completed in January 2014, added $55.1 million in revenue and increased Inmarsat’s installed customer base by some 6,000 ships.

The company’s overall wholesale Mobile Satellite Service (MSS) revenues were $791.4 million for 2014, up 3.8 per cent on the previous year.

Inmarsat says that the increasing volume of data passing between ships and shore, for both crew welfare and ship operational use, is being reflected in an ongoing migration of end-users to higher rate plans, which is driving ARPU (average revenue per user) growth.

This includes users moving from older services like Fleet to FleetBroadband, and from lower rate FleetBroadband plans up to volume data packages.

“That pronounced move up the packages is happening at pace now,” said Rupert Pearce, Inmarsat CEO.

“We’re raising prices on E&E and encouraging people to come across to close down those services and approve our efficiency.”

“It’s to everyone’s benefit to move them across.”

Revenues on the Fleet service were down 19 per cent for the year as a result of this migration out of older services, with FleetBroadband and VSAT (via XpressLink) now contributing about two-thirds of all Inmarsat maritime revenue.

Average wholesale ARPU per month increased by around 4 per cent through the year from FleetBroadband customers.

Inmarsat’s XpressLink hybrid Ku-band VSAT and FleetBroadband product saw 26 per cent revenue growth for the year. The total installed VSAT base at the end of the year was 2,019 ships, mainly comprising XpressLink (XL) customers, 23 per cent higher than the total VSAT base of 1,636 ships at the same time in 2013. Average wholesale VSAT ARPU in the year was similar to 2013.

The XpressLink service is currently running at approximately 40 new ships per month, according to Mr Pearce.

“We continue to be a major player in the maritime VSAT market, (with) more than 400 ships added (last year),” he said.

Inmarsat says it has plans in place to transition all of these XpressLink customer off Ku-band services and on to Global Xpress Ka-band services “over the next three years.”

Tweet
back to top
Joomla SEF URLs by Artio