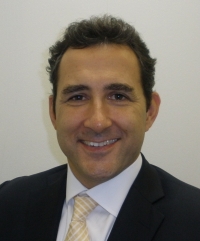 SpeedCast has announced its half year 2015 results through to the end of June, reporting 38 per cent growth in its maritime business year-on-year.

{mprestriction ids="1,2"}The company says that it has managed to perform “well above the market average growth rate” for the year to date, adding vessels to its customer base and growing its market share. The number of ships being served with SpeedCast VSAT increased from 689 as of 31 December, 2014, to 836 on 30 June, 2015.

Overall revenues from core services across all sectors grew 32 per cent, to US$71.7 million, with pro forma revenue when accounting for the impact of acquisitions completed in 2014 growing 23 per cent.

The acquisitions of Hermes Datacommunications, Geolink Satellite Services, and the teleport and satellite services business of NewSat were all completed this year, with the $14.2 million purchase of Cyprus-based SAIT Communications finalised at the beginning of August.

Activities are well underway to integrate these acquisitions into the broader SpeedCast Group, the company says, and it is expected that these efforts will create synergistic benefits in the second half of 2015 and over the course of next year.

“We finished the first half with a strong backlog of work won, but not yet activated. This, coupled with the significant wins already achieved in the second half, will underpin the delivery of organic growth in the second half of 2015 and into 2016.”

“The execution of our strategy, combining both organic and acquisitive growth, continued in 1H 2015 with the acquisition of four companies, continued expansion of our business in the maritime segment, and a string of early successes in our new Energy business, which is poised to become a new major growth engine for the group.”{/mprestriction}