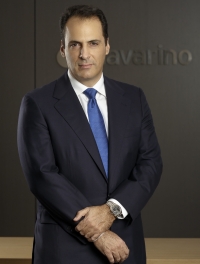 Navarino is to expand its satellite communications portfolio with the addition of a new Ku-band VSAT service, the company has confirmed.

{mprestriction ids="1,2"}Currently in the planning phase, Navarino says it is already in talks with several Ku-band providers as it prepares to begin beta testing the new offering before the end of the first quarter of 2018.

“We are looking forward to adding the Ku-band option to our broad portfolio of connectivity services,” said Navarino CEO, Dimitris Tsikopoulos.

“As a highly flexible and well-tested solution, Ku-band fulfills some important criteria that certain customers require and so we see it as an important offering for those sectors of our marketplace.”

Navarino has already been a reseller of Inmarsat’s XpressLink service since 2012, a combination of Ku-band VSAT and FleetBroadband created after Inmarsat’s acquisition of Norwegian VSAT provider Ship Equip in 2011, and is also a Value Added Reseller (VAR) of Inmarsat’s Ka-band Fleet Xpress VSAT product.{/mprestriction}