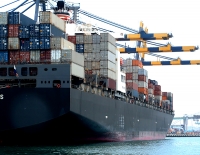 eMAR, a marine transport project part-funded by the EU, has announced the completion of its e-Maritime Strategic Framework (EMSF), which has been designed to enhance IT-based cooperation in the maritime sector.

The framework focuses primarily on electronic information exchanged between ships and ports, and compliance with the EU’s Maritime Single Window Directive which comes into force for member states in June 2015.

The EMSF was developed by consultancy group BMT as a principle objective of the three year eMAR project that concludes at the end of this year. It is supported by platforms provided by eMAR partners Danaos and Inlecom, with access to both platforms free of charge.

According to eMAR, the framework should support better regulation and communications in the EU maritime transport sector, “fostering transparency” and helping to create “future digital eco-system environments” that can accommodate the growing complexity of maritime IT.

“It has been designed to contribute to the establishment of a common conceptual model of the transport domain of which shipping is an integral element. The EMSF helps stakeholders to map their own business to activities/systems/stakeholders and then find the links to other relevant elements that stakeholders may not have been aware of.”

The framework has been designed to work in conjunction with other significant European projects, including SafeSeaNet (SSN), e-Customs, EU security and environment programmes, as well as IMO initiatives such as e-Navigation.