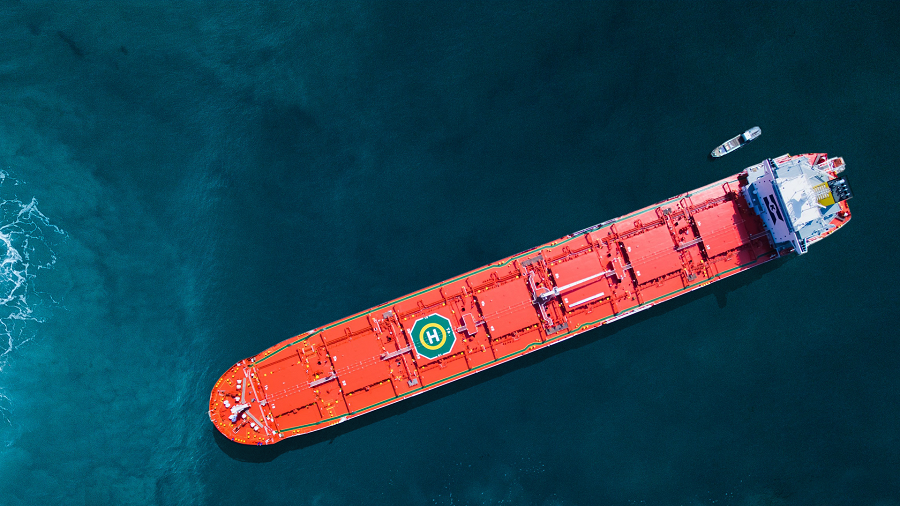 Klaveness Ship Management has expanded its contract with DNV GL after a successful pilot of the DNV GL Veracity platform.

The contract expansion will see another eight Klaveness vessels use Veracity. According to the companies, the pilot project, which began in 2019, indicated that a reduction in fuel consumption was possible by combining and visualising operational, positioning and engine data.

{mprestriction ids="1,2"} During the pilot, data from the operational systems of three Klaveness vessels were collected. Veracity partnered with Arundo Analytics to install Arundo Edge Agent software onboard and stream data onto the Veracity data platform. On Veracity, the data is secured, stored, contextualised and combined with other data sources such as position data. This ‘fit-for-purpose’ data is then made available by Arundo and Klaveness for analytics, visualisation and data-sharing.

Klaveness aimed to reduce fuel consumption and operational costs on the three pilot vessels- particularly related to optimising Auxiliary Engines utilisation. Another main objective was to make the operations more transparent between the onboard officers, office personnel and manufacturers by having updated data available onshore in the Veracity platform/cloud solution.

By combining data from different systems and visualizing them in a common dashboard, Klaveness could immediately detect inefficiencies in engine utilization, leading to less than optimal fuel consumption as well as higher maintenance and spare part costs.

“Klaveness has done a meticulous pilot of the solution with full installation onboard three vessels streaming data to the Veracity Cloud - for almost one year. The data is contextualised according to the vessel information standard promoted by ISO and DNV GL. They have also leveraged the Veracity support for remote work. This shows digital thought leadership and lays the foundation for a fleet scale data management solution,” said Mikkel Skou, director of Veracity. “We are very pleased that Klaveness now chooses to expand the project based on the positive results.”

At the start of the Pilot, Klaveness had a hypothesis that they did not utilise their engines optimally - but it was not until they ran the project with Veracity that they were able to test this hypothesis. In addition, Klaveness reported improved communication between crew and superintendents, as a result of having common data to talk around.

Ernst Meyer, COO of Klaveness, commented: “In Klaveness we have high digital ambitions and by live-streaming sensor data to shore we can change our operating models both onboard and in the office. The outcome can be less accidents, less CO2 emissions, higher revenues and lower costs. Through Veracity/Arundo we have established the opportunity. Our job now is to establish new ways of working to utilise the data streams.”

The new contract will expand the scope of the Veracity deliveries to include more vessels and new use cases.     {/mprestriction}