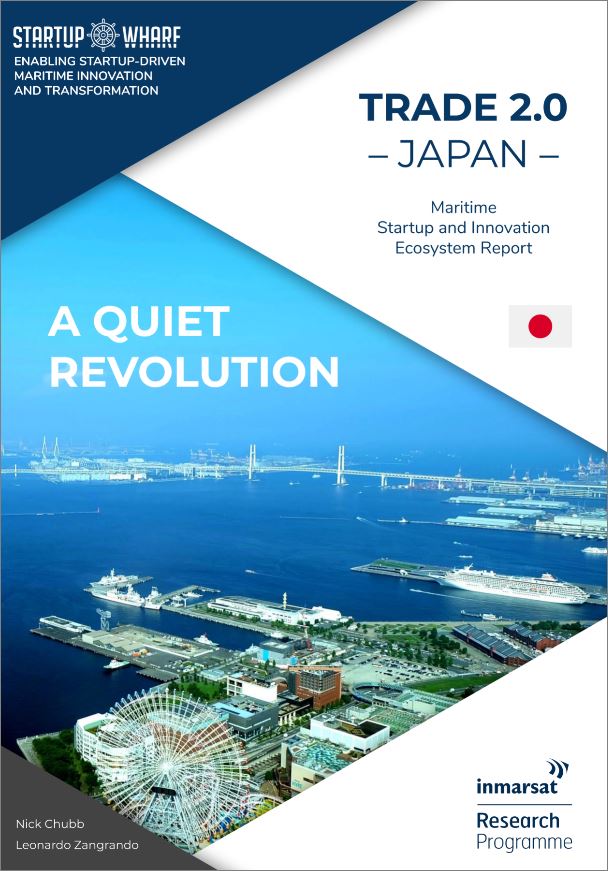 ‘A quiet revolution - the maritime innovation ecosystem in Japan’, is a new report that explores the commitments to Internet of Things (IoT)-based ship and crew management already made by corporate Japan and offers unique insights into the country’s emerging start-up culture.

{mprestriction ids="1,2"} Japan’s Shiptech market is worth nearly $8.8bn annually, and is forecast to grow to be worth $15.8billion by 2030. Today, Japan is the world’s third largest economy, the third largest shipbuilding nation, and the second largest ship owning nation in the world. According to the report, very few other maritime nations have both the technological expertise and the industrial scale of Japan.

Japan has had few start-ups enter the maritime industry but that has not held the country back, the report states.  Much of the net job creation in Japan over the last few decades has come from entrepreneurs or foreign enterprises. While Japan has an enviable position as a leading maritime nation, one of the keys to unlocking the growth potential of the technology sector is to better support local entrepreneurs and innovators.

The report, sponsored by Inmarsat, is the first in a series of in-depth profiles into maritime technology and start-ups in specific countries. It builds on ‘Trade 2.0: How start-ups are driving the next generation of maritime trade’, a global study launched by Inmarsat in 2019 during London International Shipping Week.

“We are delighted to be the key sponsor of this latest report,” said Ronald Spithout, president of Inmarsat Maritime. “It offers a perceptive insight into the status of Japan’s growing maritime digitalisation in 2020.

“Partnerships have been the bedrock for digitalisation in Japan.  As the leading provider of high-speed maritime broadband connectivity via Fleet Xpress, we work closely with the large corporate enterprises pushing the technological envelope. However, this new report highlights other important relationships that are also shaping Japan’s digital future,” said Spithout, “including those outside of conventional networks, such as the E5 Lab on autonomous vessels, the Ship Data Centre and the Maritime Innovation Japan Corporation.”