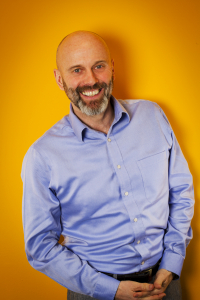 From the surprise announcement by the USA and China of a joint declaration to boost their climate cooperation to the last-minute move to ‘phase down’ rather than ‘phase out’ the use of coal, the COP26 summit was not short of headline-grabbing moments, writes Kevin Short, CEO of digital learning and human capital management specialist, Mintra.

And while the Glasgow Climate Pact will not solve the climate crisis, among the positives to take away is the commitment to delivering on the Paris Agreement of limiting global warming to 1.5°C.

For me, however, there was one stand-out success story - the Clydebank Declaration to create the world’s first zero-emission shipping routes. The agreement will initially see six green corridors developed by 2025 linking, for example, Asia and the United States and Saudi Arabia and India.

Ships using the routes must operate with fuels which emit little or no carbon monoxide, such as ammonia and methanol. It is hoped that many more green corridors will be identified and become operational by 2030.

The agreement will play a major role in ensuring the maritime industry, which is thought to account for some 3 per cent of total global emissions, goes even further in its response to the climate emergency and the International Maritime Organization’s target of a 50 per cent carbon reduction by 2050.

The target is a challenging one, and indeed some have already dismissed it as being impossible to meet given that only around 200 vessels from a global fleet of 50,000 will run on new green fuels within the next decade.

The outcomes of the Clydebank Declaration may also be hampered by the fact that shipping heavyweights China and Brazil were missing from the list of 19 nations that signed up to the agreement.

So why should we feel confident that the Clydebank Declaration will play a pivotal role towards decarbonisation? The devil, as they say, is in the detail.

We understand that real change will be delivered by building a new generation of low-emission ships and, in tandem, retrofitting existing vessels. But one of the commitments in the Clydebank Declaration will require smart thinking in terms of overall industry response.

It states: “Equally recognise that a rapid transition in the coming decade to clean maritime fuels, zero-emission vessels, alternative propulsion systems, and the global availability of landside infrastructure to support these, is imperative for the transition to clean shipping.”

The key phrase here is landside infrastructure. The subtext to the maritime supply chain is clear: you must become an enabler of change. Carbon reduction in the sector should not be focused on the physical act of transportation alone. Every sub-sector involved in getting a ship to sea needs to consider how it supports environmental change.

More widespread adoption of digital learning technologies is one step on the journey. Mintra and its contemporaries have been recognised by maritime and customers in other safety-critical industrial sectors for managing a transition away from classroom learning towards e-Learning in the wake of COVID-19 pandemic.

Many are now switched on to the cost savings, efficiency and environmental benefits of an online learning model but, for us, it cannot stop there. It’s not only about reducing carbon footprint by eliminating unnecessary travel to training centres. The onus is on us to consider how we – the landside infrastructure – support more sustainable operations.

At Mintra we are committed to further enhancing our cloud-based solutions, which allow for fully remote installations and updates of our software platforms. Our technology has changed the way that training is delivered to seafarers, for example, we no longer send physical media and hardware to a vessel as a means for learning to take place.

But we need to continually ask more of ourselves. Do our learning courses help seafarers understand new processes and technologies that will reduce greenhouse gasses? Are we producing engaging content that increases awareness of MARPOL and its annexes? How do we deliver digital learning in a way that further limits negative impact on the environment?

The IMO targets are challenging but delivering meaningful change should not be easy. If it was, we would have already arrived at our net-zero destination. They say that necessity is the mother of invention and what we know about climate change and the speed at which it is happening is that action – and fast action – is an absolute necessity.

One thing that became very apparent to me during COP26 was the feeling of blame and the condemnation of industries considered as being the biggest polluters. Of course, some industries are more responsible for producing harmful greenhouse gasses than others, but finger pointing is wasted energy that would be better served focussing on what we can affect – the future.

Just as the 19 nations that signed the Clydebank Declaration realised that co-operation and partnership can help reduce emissions in the maritime industry, it is incumbent on all of us – the operators and the supply chain – to think innovatively and collectively to respond to the climate emergency.